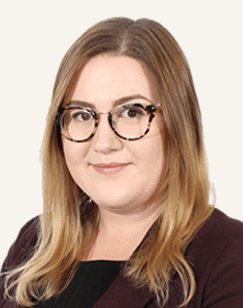 Athena graduated from the Dual J.D. program at Windsor Law in 2017, earning both a Canadian and American J.D.. While in law school, Athena volunteered at the Immigration Law Clinic at the University of Detroit Mercy School of Law, where she assisted clients in downtown Detroit, Michigan. She gained exposure to numerous U.S. immigration matters related to naturalization, permanent residency, asylum, victims of human trafficking, and juvenile migrants. Before law school, Athena received her B.A. (Hons.) with distinction from the University of Toronto, St. George, in Political Science and Philosophy.

Prior to joining Bellissimo Law Group PC, Athena worked both as a student-at-law and associate lawyer at a private immigration law firm where she had gained experience in Canadian immigration law by working on a variety of matters including judicial reviews, applications for temporary residence, permanent residence, and citizenship.